Postcards From Scotland // The Road 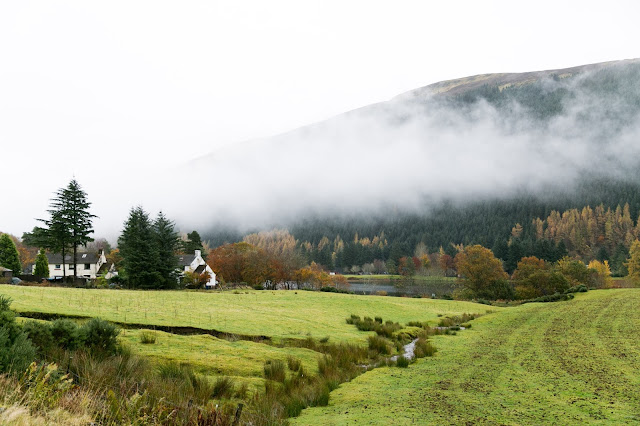 After a solid start to our Scotland sojourn, we set off for the Isle of Skye. We figured the drive from Glencoe to Skye would only take a couple hours but that was before we realized what we would be passing along the way. The farther north we went the more otherworldly this place became. At one point, we both noticed something strange while headed down a windy, treelined section of road. Through the trees was another massive Loch that was completely glass-like and undisturbed by the wind. We pulled over, hopped out, and charged down to the lakeshore through a thick forest of shoulder-high ferns. Staring across the lake you could not tell where the water stopped and the shoreline started. Everything was held perfectly still in an unmoving reflection. After days of rain, there was nothing disturbing the surface of the lake, not even a small breeze. On top of that, the sky was overcast so no clouds moved overhead, the image reflecting off of the lake was literally motionless. The sight was surreal – we have both seen glassy lakes before and enjoyed our fair share of reflection photos but this was like nothing that we had every seen before. 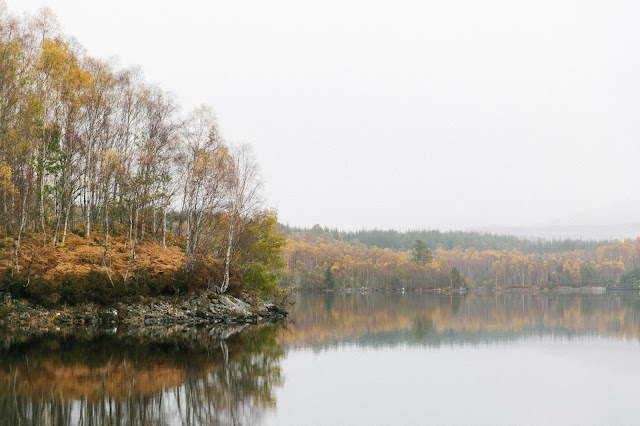 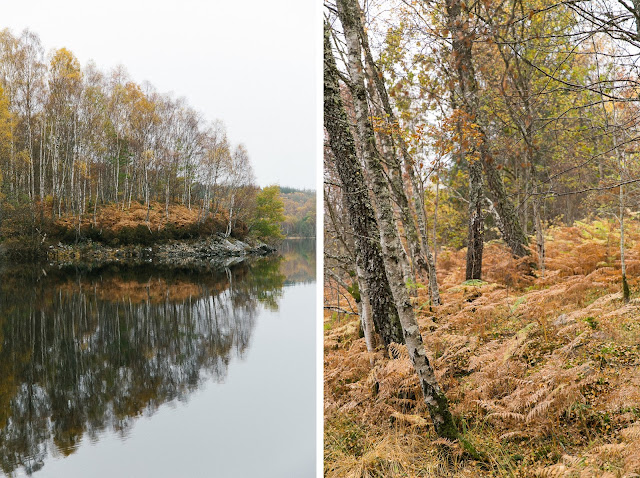 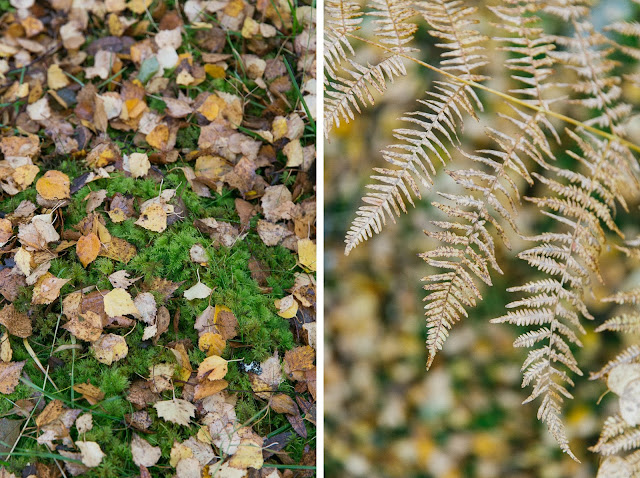 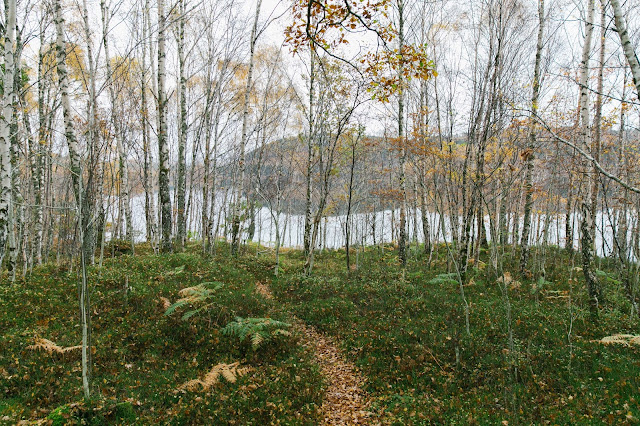 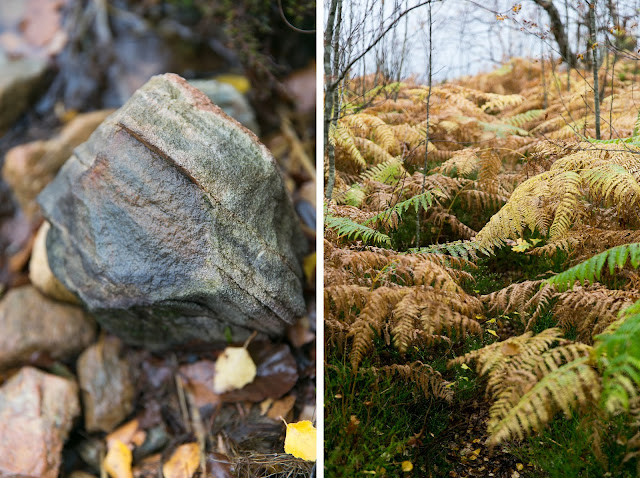 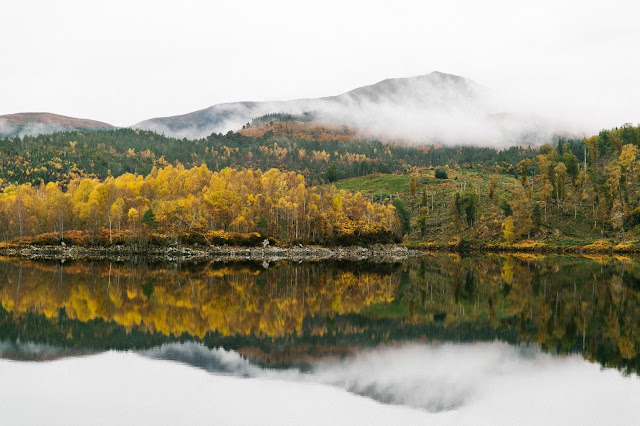 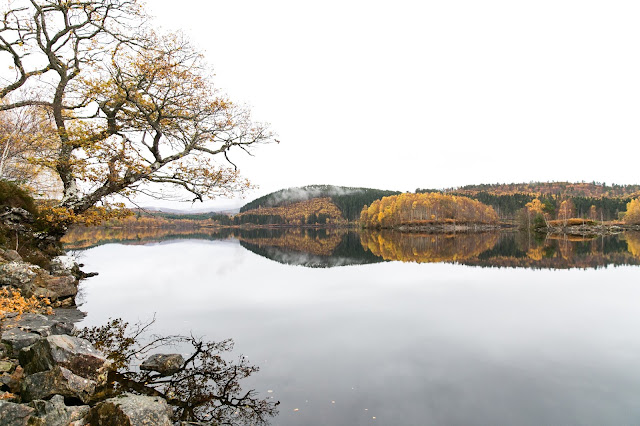 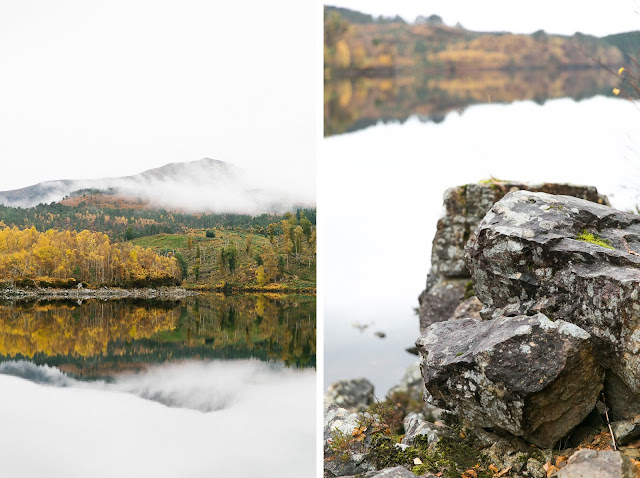 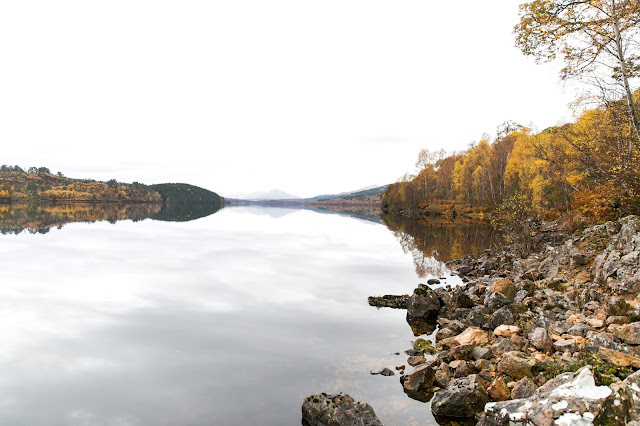 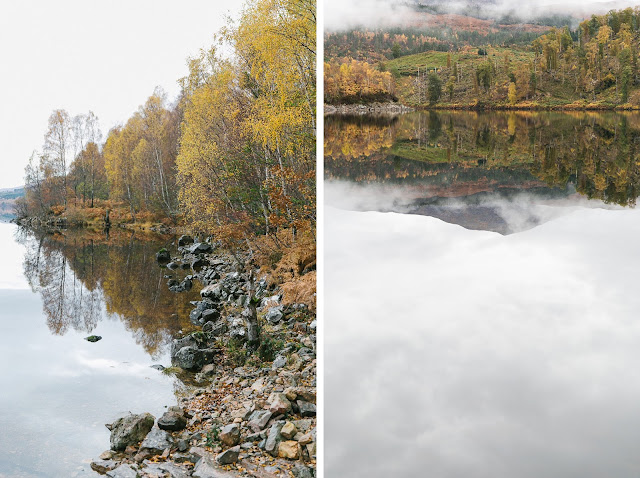 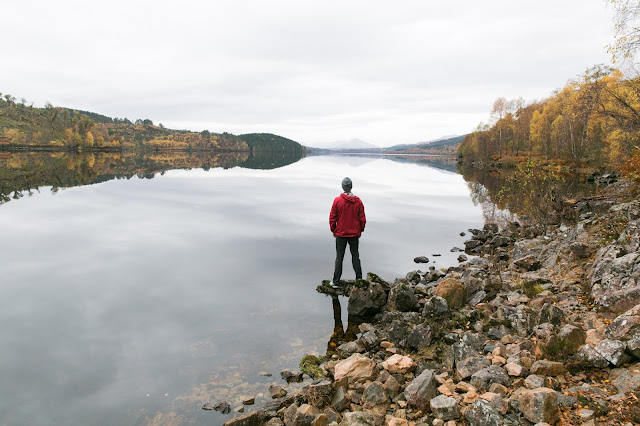 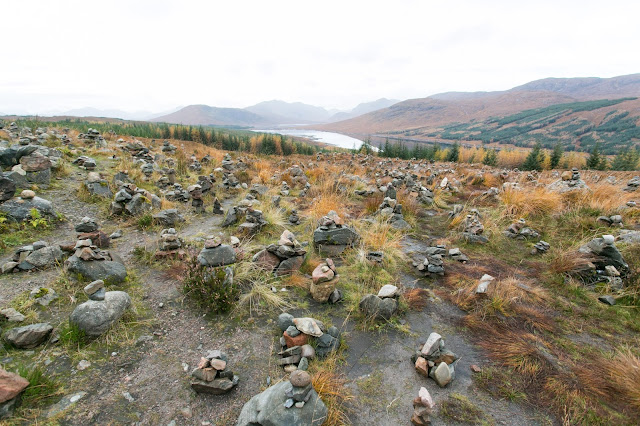 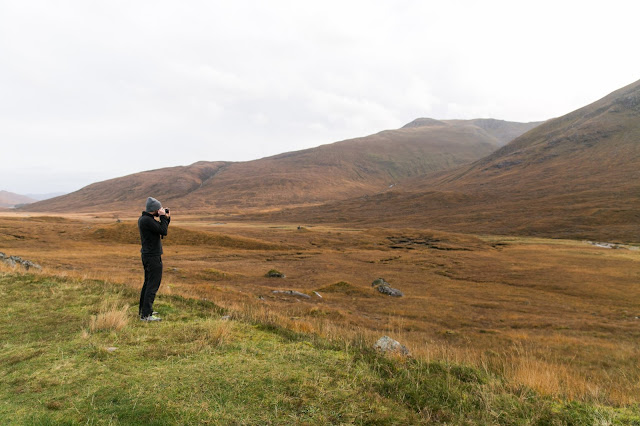 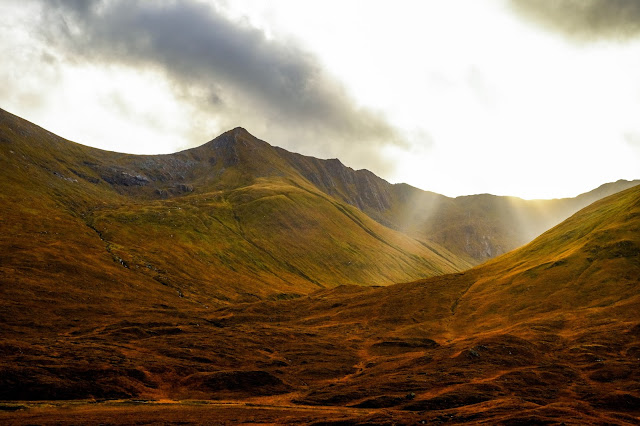 With minds blown, we reluctantly headed back to the car to continue our trip north. On our next stop we sort of stumbled upon the famous Eilean Donan castle. This 13th-century masterpiece is hands down the coolest castle either of us had been too. Built surrounded by water where three lochs meet, this stunner was only accessible by an old stone bridge. In our book, this guy is surely the King of the Castles. 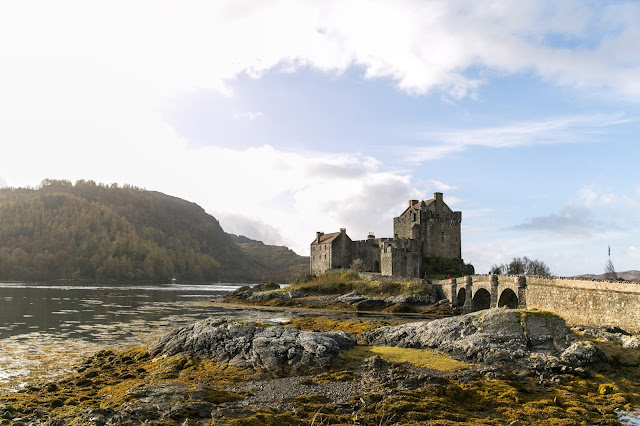 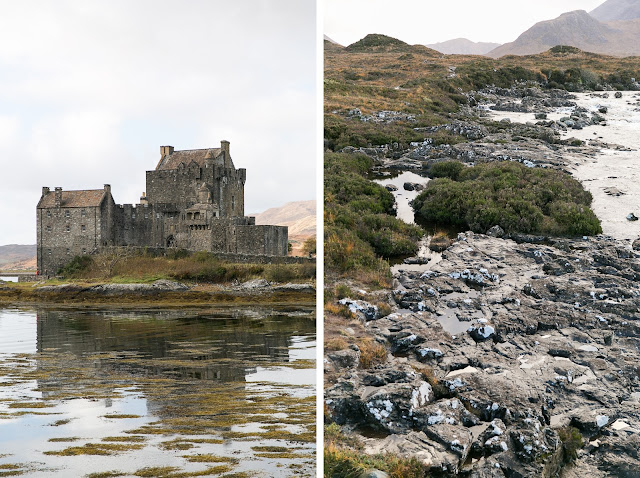 Not long after catching our breath at the castle, we were the leaving the mainland and crossing over to the much anticipated Isle of Skye. The next highlight came from the Old Sligachan Bridge where we ran into our first gaggle of tourists. There was actually a group from a photography expedition on the bridge when we first arrived – this was easy to tell from all of the expensive photo gear that people were lugging around. We hiked around a bit and enjoyed the river while the crowd on the bridge dissipated. It was raining and the sky was still pretty gray. After the pack cleared and left, we found our way to a spot overlooking the bridge with a series of peaks in the distance. Our patience paid off as the clouds stared to part and the best light we had seen so far streamed in from behind the distant mountains. Thanks to this beautiful lighting, our stop here ended up being one of our favorites from the whole trip. 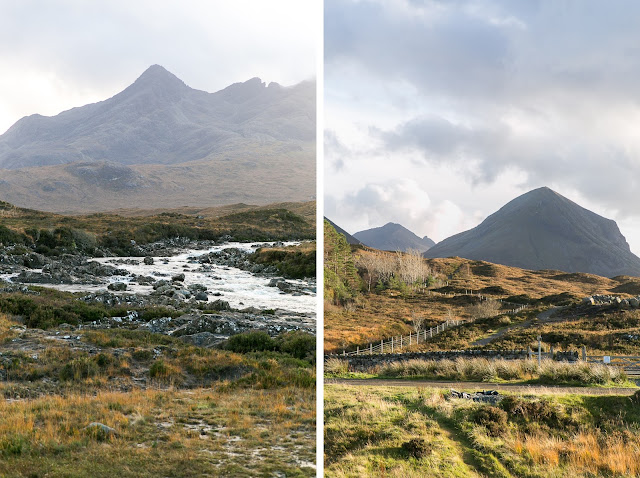 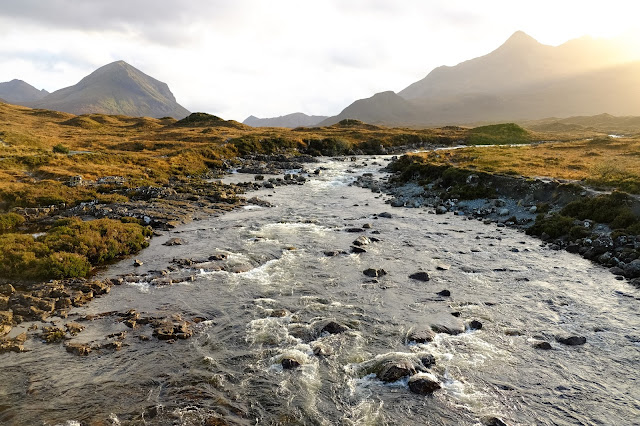 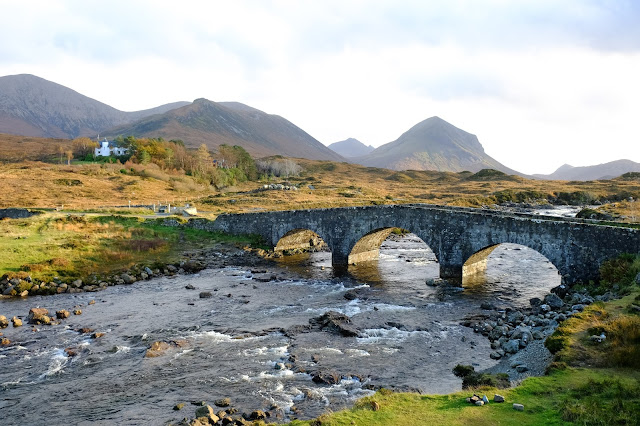 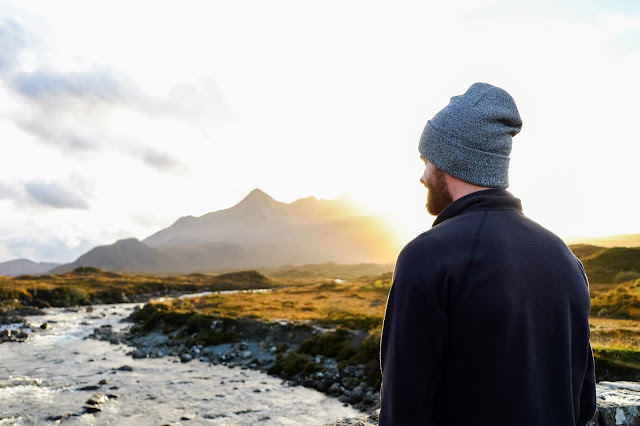 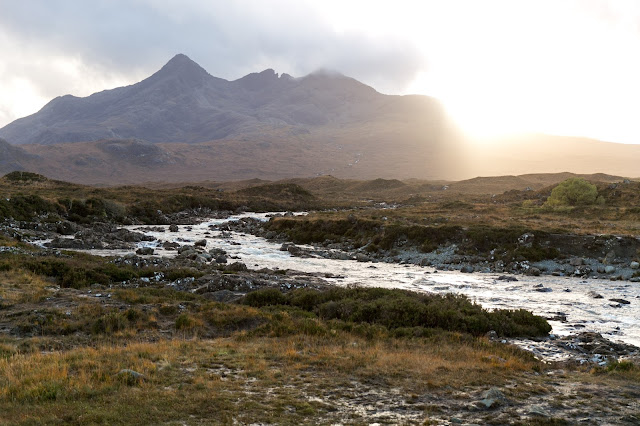 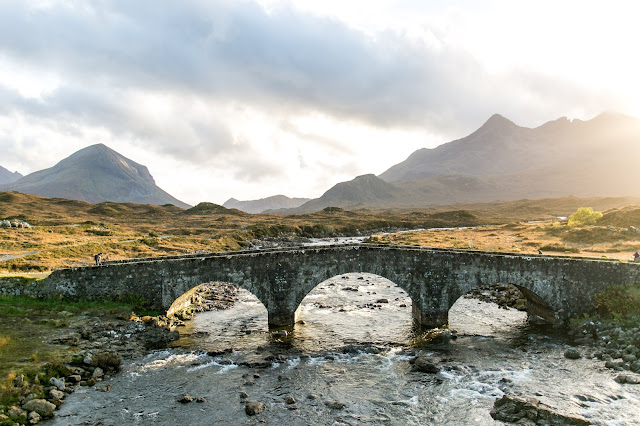 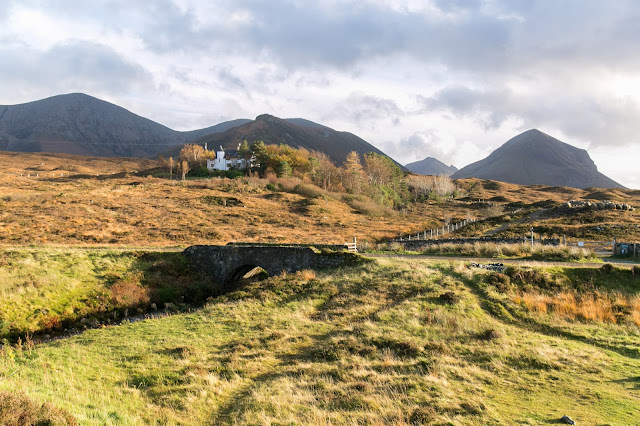